South Carolina's Military Organizations During the War Between the States: The Upstate 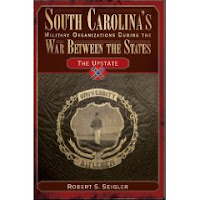 From the publisher:
Volume III of this landmark series traces the military groups raised from Pickens and Anderson, Newberry and Laurens, Greenville and Spartanburg and parts in between.